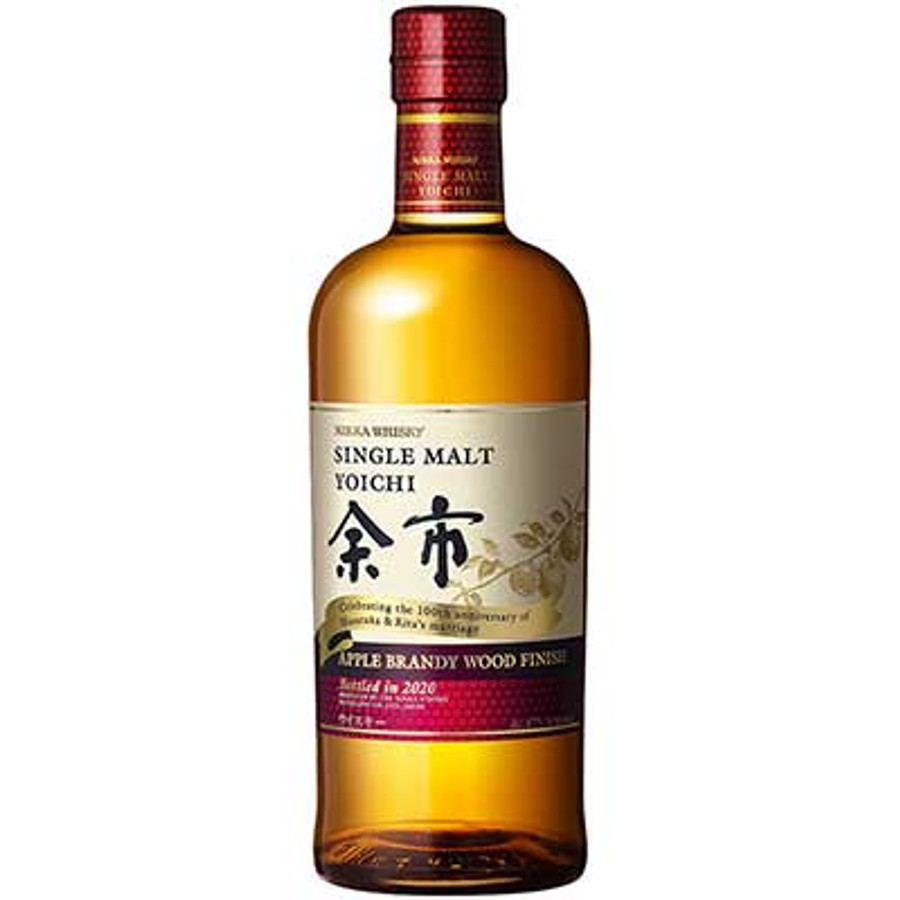 One of two whiskies released by Nikka in 2020 celebrating the 100th anniversary of founder Masataka Taketsuru's marriage to Rita Cowan in Glasgow in 1920. This expression is a Yoichi single malt aged in a mix of cooperage including new American oak and sherry casks which has then been allowed a finishing period of six months in casks that previously held apple brandy - a reference to the importance of apples in Nikka's history (historically, apple products helped to keep the distillery afloat while they waited for their whisky to mature). The sweetness the apple brandy casks imparts offers up an intriguing juxtaposition to the peaty notes at the whisky's core, making for a fascinating Japanese single malt.

Amanda Schuster, author of New York Cocktails: ”A whisky walks into an apple brandy barrel, and comes out tasting and smelling like... papayas and mangoes? True story. Supporting characters include rich honey and its friend burnt sugar, along with toasted pumpkin seeds, vanilla, and dulce de leche, The closing scene takes place in a smoky café, with a dialogue over espresso and a bowl of walnuts. In all, an intriguing sipper that's probably best left to a final dram as it would be a tough act to follow."