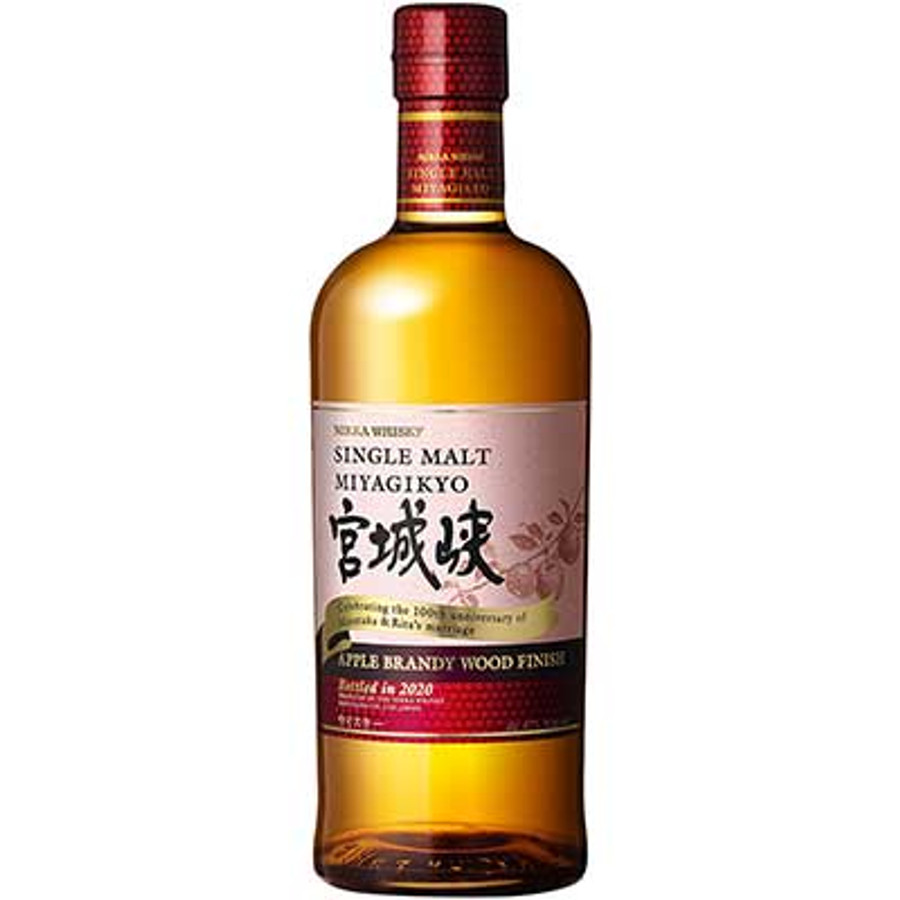 This Single Malt from the Miyagikyo distillery finished maturing in casks that were once used to age apple brandy. Apples are a strong symbol of Nikka's history, often associated with the relationship between Rita and Masataka: a century ago Rita encouraged her husband to make and sell apple juice and jam to support them while the first whiskies were ageing in the cellars. The two married in Glasgow in 1920, and this bottling celebrates the anniversary by integrating the apple symbol so fundamental to the firm's founding and eventual success.

Nose: Greedy and complex. Subtle blend of fruity (apple), vanilla, honeyed (acacia) and finely herbaceous (sage, verbena) notes, the first nose is a model of balance. Deep, it evolves on notes of applesauce and baked apples. It should be noted that the perfectly integrated woodiness brings numerous spices including ginger and cinnamon.

Palate: Both unctuous and lively, the attack in the mouth restores all the nuances of the aromatic palette to within a point. Remarkably malty, the mid-palate shows a remarkable freshness of expression. As time goes by, the taste palette becomes more and more exotic (pineapple, lychee, kiwi) while acacia honey spreads all around the palate.