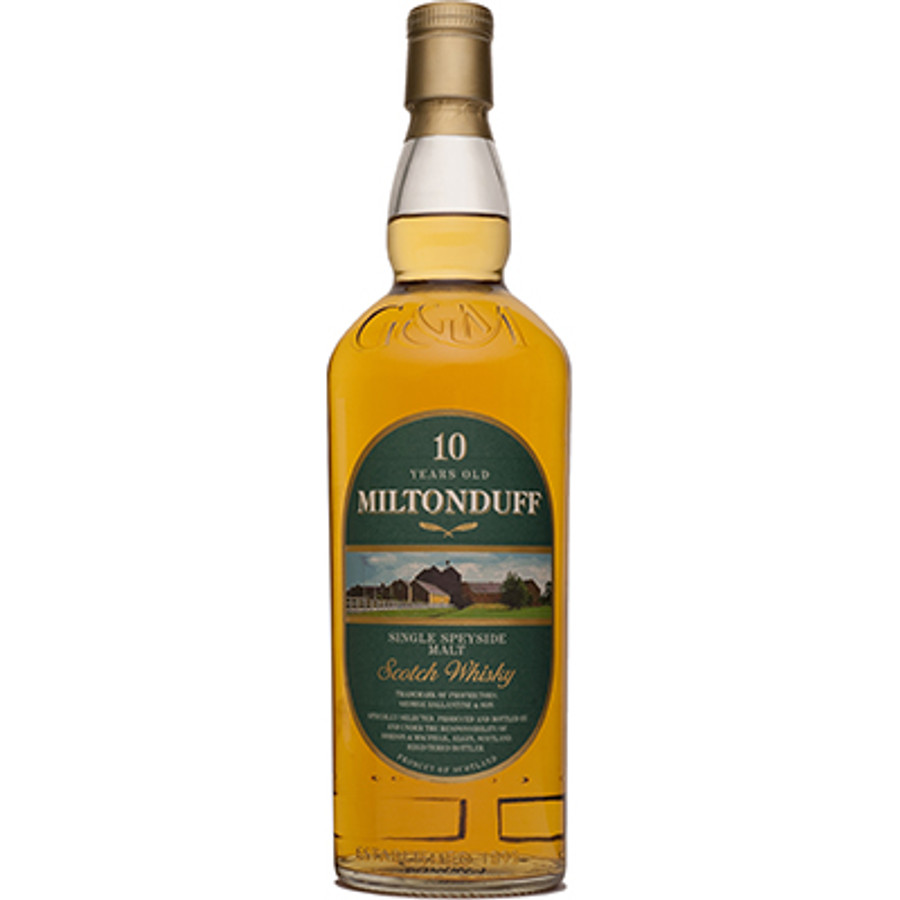 Bottler's Notes: Situated six miles southwest of Elgin is Pluscarden Abbey. Initially a Priory, it was founded by King Alexander II in 1230. Miltonduff is said to be situated on the site of the Abbey's meal mill, two miles from the Abbey. A stone from the original Abbey is retained at the distillery. As well as the distillery, the site is home to laboratories, engineering support, centralised warehousing management and the Malt Distilleries Technical Centre which provides technical and business backup to the other Chivas Brother distilleries. From 1967 to 1981, Miltonduff also produced a Single Malt called Mosstowie, using a 'Lomond Still'. Miltonduff is a key component of Ballantines blend.