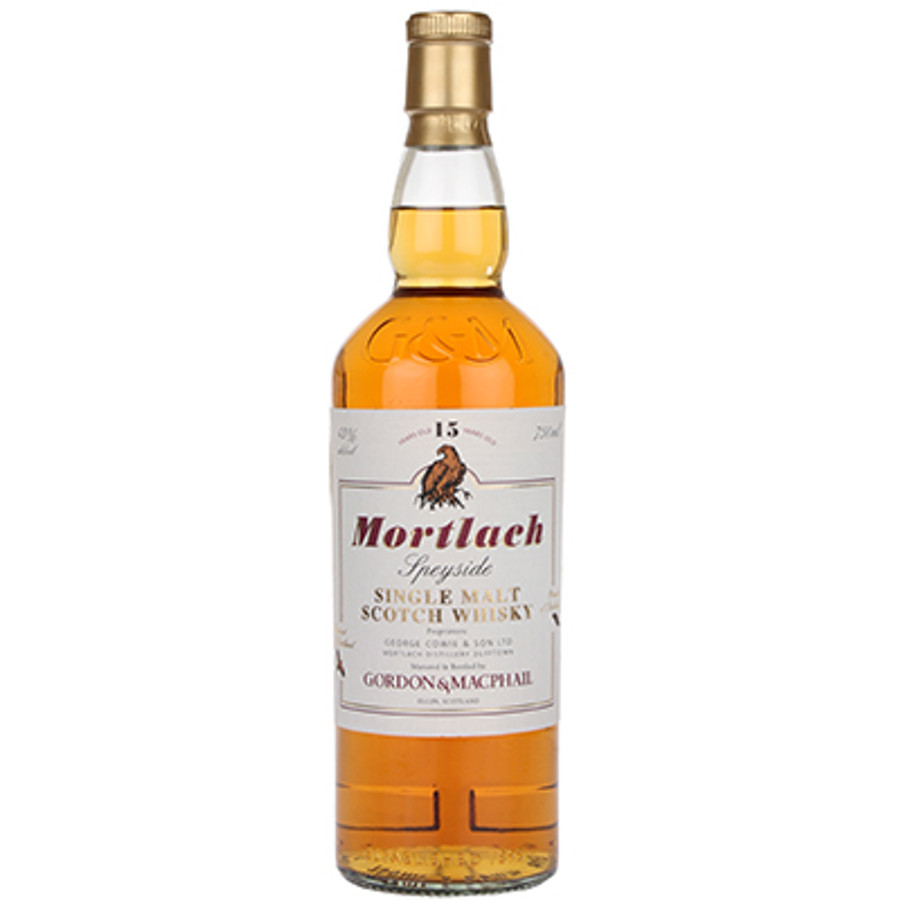 Bottler's Notes: Mortlach's main claim to fame is that it was the first of seven distilleries to be built in and around Dufftown. The distillery operates a unique distillation process which distils the spirit 2.5 times. This, combined with the worm tubs used to condense the spirit, gives the whisky the complexity for which it is renowned. This also makes the whisky suitable for longer ageing. Unlike most distilleries in Scotland, Mortlach was given permission to remain in production during most of World War II. Gordon & MacPhail have stocks of the rare war years whisky.

Tasting Notes: Light and very delicate with a subtle malty edge, with a rounded Sherry influence and a hint of vanilla also. Slightly mouth warming.