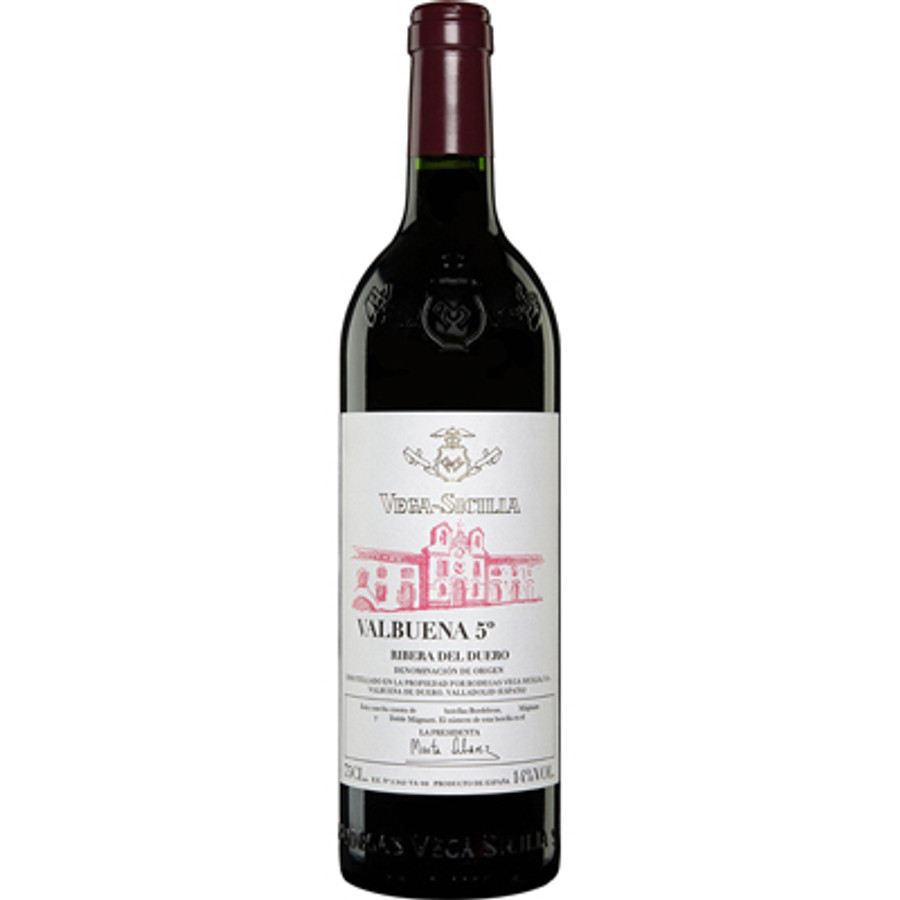 Valbuena, is the purest expression of the Tinto Fino (Tempranillo) in Vega Sicilia. Tinto Fino is clearly the predominant wine in the assemblage of the varieties that make up this magnificent wine. The other variety used is Merlot, which is added to a greater or lesser extent depending on the vintage.

The Valbuena Tempranillo is obtained from plots located on gentle concave slopes that descend from the wasteland. Those soils are made up of material that was eroded and accumulated as colluvial on the lower slopes, developing a high profile soil, with a specific important evolution with the formation of a deep calcic horizon.

Valbuena provides us with a direct and understandable view of the greatness of this "terroir" with the direct influence of each vintage. Its production remains unchanged meaning that it is each year's weather factors that mark the differences between the different harvests.

After fermentation, it is aged for five years, between wood and in the bottle, which is why it is called Valbuena 5º. French and American wood, new and used 225-litre barrels, 20,000 litre vats, a long and complex process for a great wine.