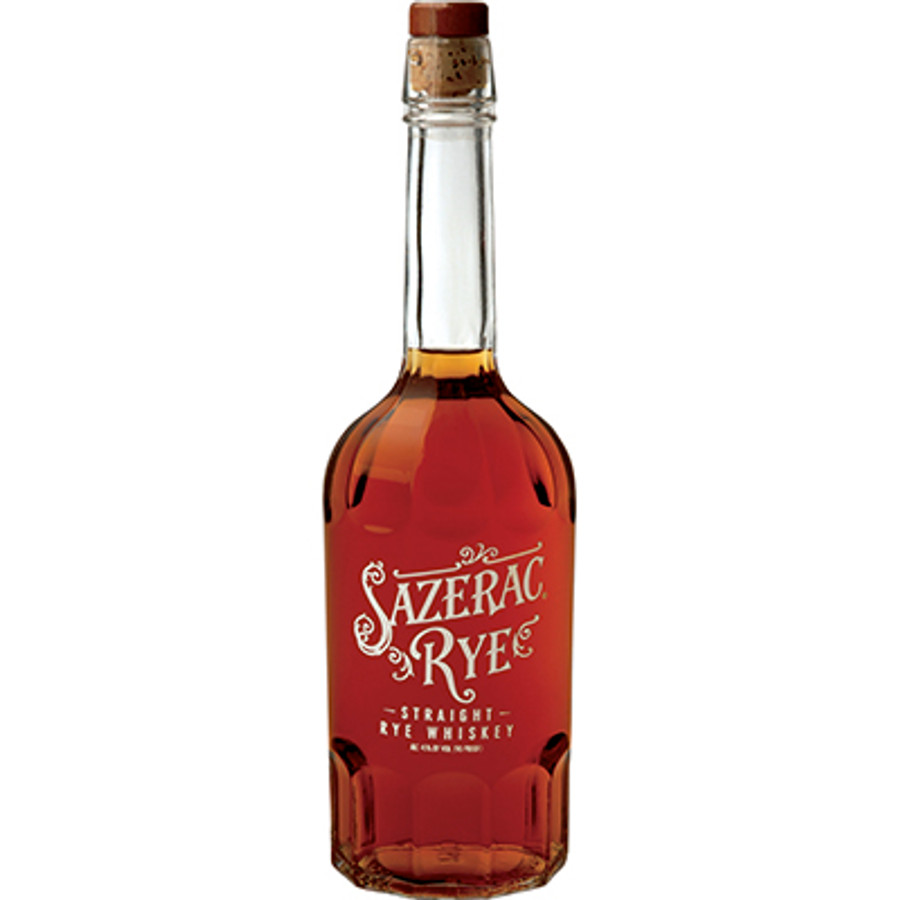 Wine Enthusiast: 95 Points Best Buy “Versatile, crisp, and an ideal match for cocktails that also include orange liqueur, as well as its namesake classic cocktail. Light aromas include vanilla and a touch of juicy citrus. Flavors run to bitter orange, dark chocolate and black tea, finishing with a pepper tingle. Velvety feel, despite the brisk alcohol.”

Jim Murray's Whisky Bible: 94.5 Points “Any crispier and the glass would shatter…a rare and valuable gem!”

Distiller's Notes: The One and Only New Orleans Original, Sazerac Rye Whiskey is symbolically captures the traditions of this historic city. Rye Whiskey dates back to the 1800’s, around the time when saloons, thinly-veiled as Coffee Houses, began lining the streets of New Orleans. At the Sazerac Coffee House on Royal Street, local patrons were served toddies made with Rye Whiskey and Peychaud’s Bitters. The libation became known as the “Sazerac” and America’s first branded cocktail was born. This is the whiskey that started it all!

Aromas of clove, vanilla, anise and pepper. Subtle notes of candied spices and citrus. The big finish is smooth with hints of licorice.