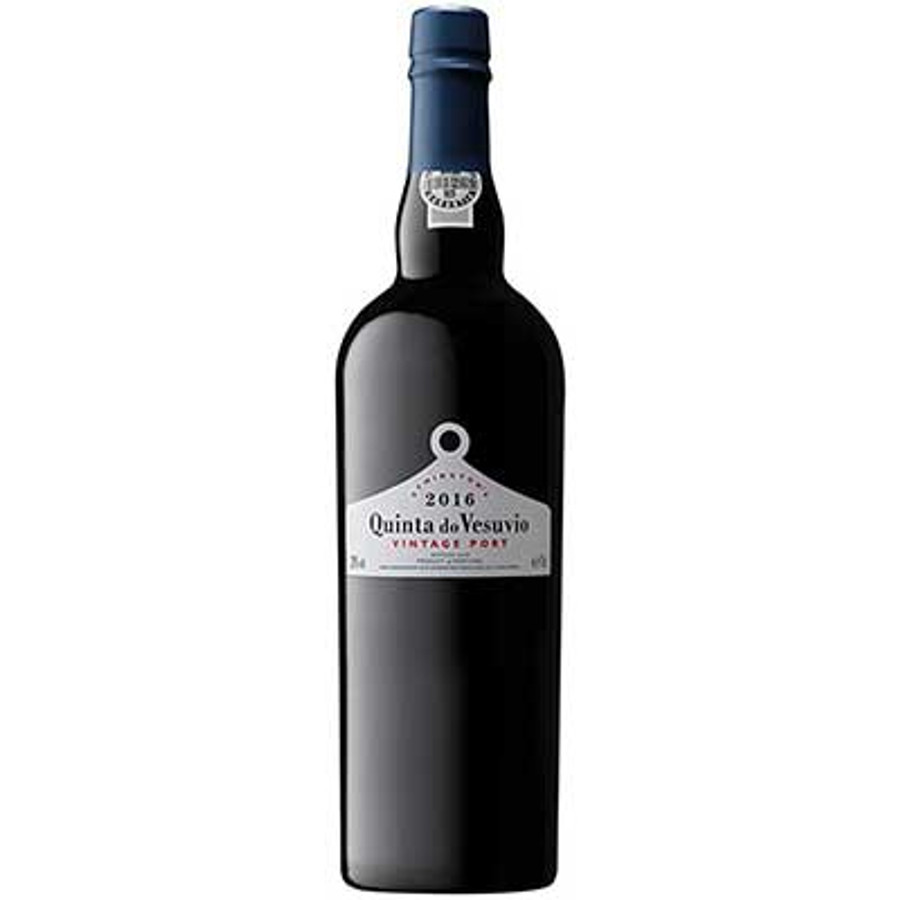 Robert Parker's Wine Advocate: 96 Points "The 2016 Vintage Port is a blend of 43% Touriga Nacional, 25% Touriga Franca and 17% Alicante Bouschet, with Tinta Amarela and Sousão filling out the rest. It comes in with 115 grams of residual sugar. If this Quinta has a hallmark to me, it is the expressive, gorgeous fruit. It has a seductive feel, but it is also muscular and intense. It is one of the most muscular in the Symington stable this year, with the concentration to soak up the power. I'd give this the nod for the moment over the 2015, but they are pretty close, granting that I do not have them side by side. They may wind up in more or less the same place overall in the long run. We'll see. That said, this seems superb."

Producer's Notes: Vesuvio’s old vineyards produce a very small number of bunches per plant, rarely yielding more than 700g/vine. These tiny quantities are harvested from small, compact bunches which produce tremendously concentrated and well-structured wines. The Vesuvio 2016 was made from a combination of the property’s choicest vineyards, carefully selected by Charles and his team.   The Vale da Teja vineyards, on the western extremity of the Quinta provided the principal structure. The mature plantings, all dating from the early 1970s, of Touriga Nacional, Touriga Franca and Tinta Amarela brought fantastically floral aromas to the wine. To enhance the aromatic profile, these grapes were cool-fermented in the Quinta’s historic lagares where the usual team of up to 50 treaders worked tirelessly. The Vinha do Pombal vineyard, gracing the terraced slopes of the central valley at Vesuvio, contributed Sousão for the acidity which brings freshness to the wine. The Castelos section contributed Alicante Bouschet for its substance and structure. The union of these three distinct areas of the estate resulted in this extraordinary 2016 Quinta do Vesuvio Vintage Port.