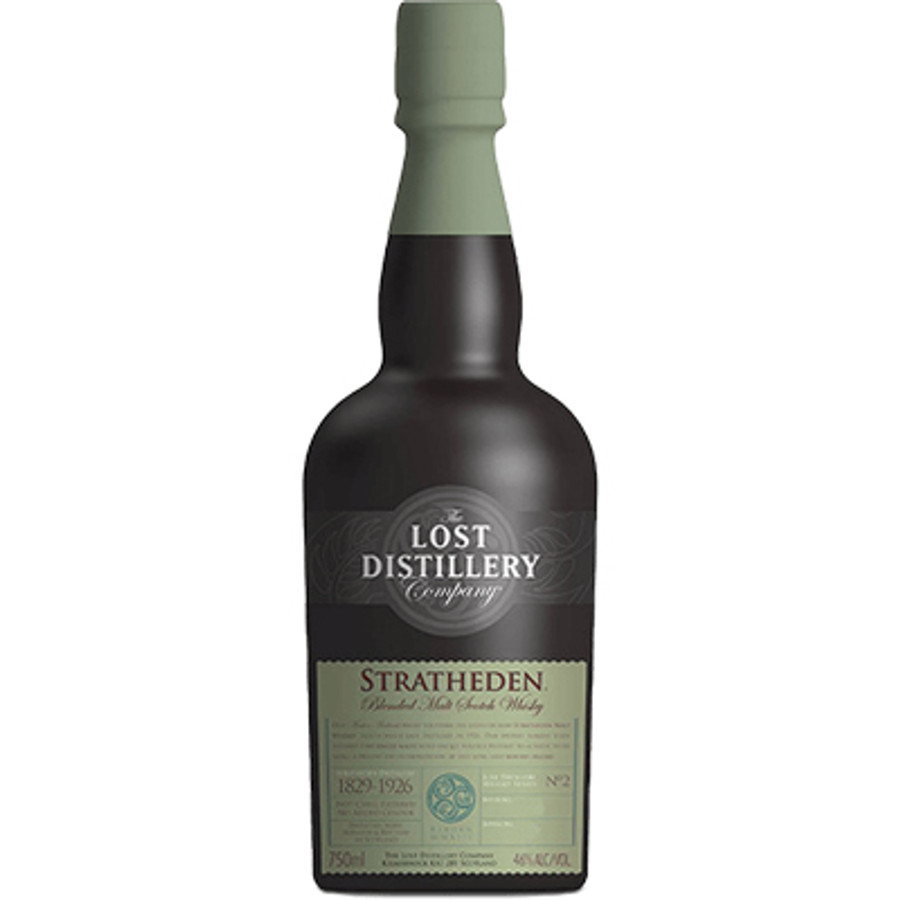 Stratheden lives again… with a warmth and character the world hasn’t seen since 1926. Over the last 100 years, more than 1/2 of all of the distilleries in Scotland were closed and abandoned. This is where the Lost Distillery Company comes in. Their logo is a Celtic triskele — an ancient symbol of life and renewal. They actually have an archiving team that researches extinct Whiskies based upon 10 elements of production. They use this info to reproduce Whiskies now long gone… to great effect. So far they have “resurrected” 6 Whiskies – and they're not done yet!

Stratheden Distillery was originally born in 1829 in the town of Auchtermuchty in Fife in the southern Highlands. Three generations of the Bonthrone family served up their spirit until the great dark era of Prohibition put an end to their dreams in 1926.

Lost Distillery Company has faithfully reproduced this signature spirit. And that includes using Orkney peat to toast the barley — very unusual for a Highlander. So although this is definitely not a smoky Islay in character, it does have a sea-salt quality that is more typical of Whiskies made by the seashore. The word “unique” is tossed around far too often, but this dram deserves it.

Aroma: A dense, leathery nose to start, then dry fruit-cake, madeira cake (with Maraschino cherries) and tinned pears. After a while a hint of pastry, hard toffee and sweet tobacco. A drop of water introduces pastry made with lard and adds a brown-paper note to faint pears.

Taste: Surprisingly sweet and peppery to taste, at bottled strength, with a trace of salt and a warming, medium-length finish. Lingering heat. Similar profile with water, at reduced levels, but with more fruit.

Comment: Similar in style to the ‘non-vintage’ edition, but with greater complexity.