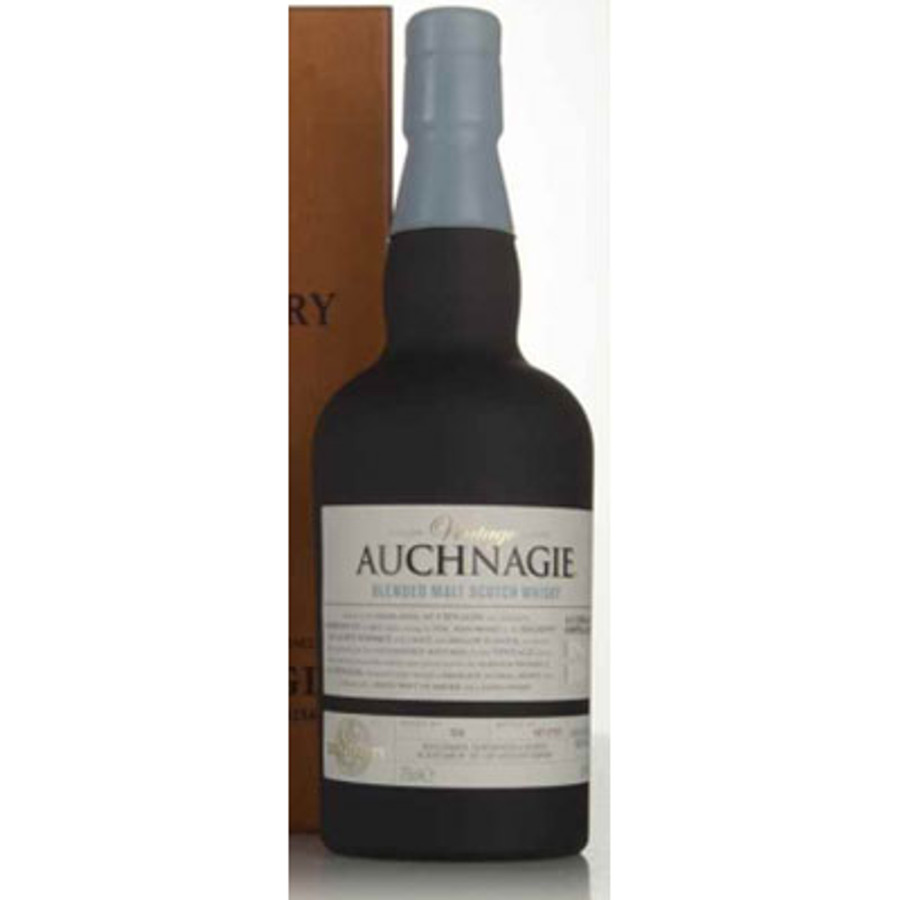 The Lost Distillery Company Auchnagie Vintage Collection Batch #2 is a blended malt that closely recreates the single malts of the Auchnagie distillery around a century ago. Lost Distillery started in 2013 to recover the character of lost malts, and this Auchnagie vintage is between 18 and 25 years-old.

Auchnagie Distillery existed for almost 100 years, beginning as a remote farmhouse distillery and ending its days as, arguably, the jewel in the crown of a global whisky empire. It had at least seven different owners and was silent for large parts of its life. This was not unusual for small-scale 19th century distilleries, as their precarious existence was often at the mercy of water supplies, money shortages, changes to duty laws, and local demand for their products.

Auchnagie Distillery (or Tullymet as it was later known) was located near the hamlet of Tulliemet, about 6 miles South East of Pitlochry in Perthshire. The land in this area is rural, a mixture of pasture and rolling hills, with ample supply of water flowing off of the high ground. Since the 17th century, local farms in the area were built alongside streams, and many generated power by water wheel. Auchnagie Distillery augmented its water supply by constructing a water pool just above the distillery site and the remains of this can be seen to this day.

Finish: Rather long, with cooked apple and custard Ccream biscuits