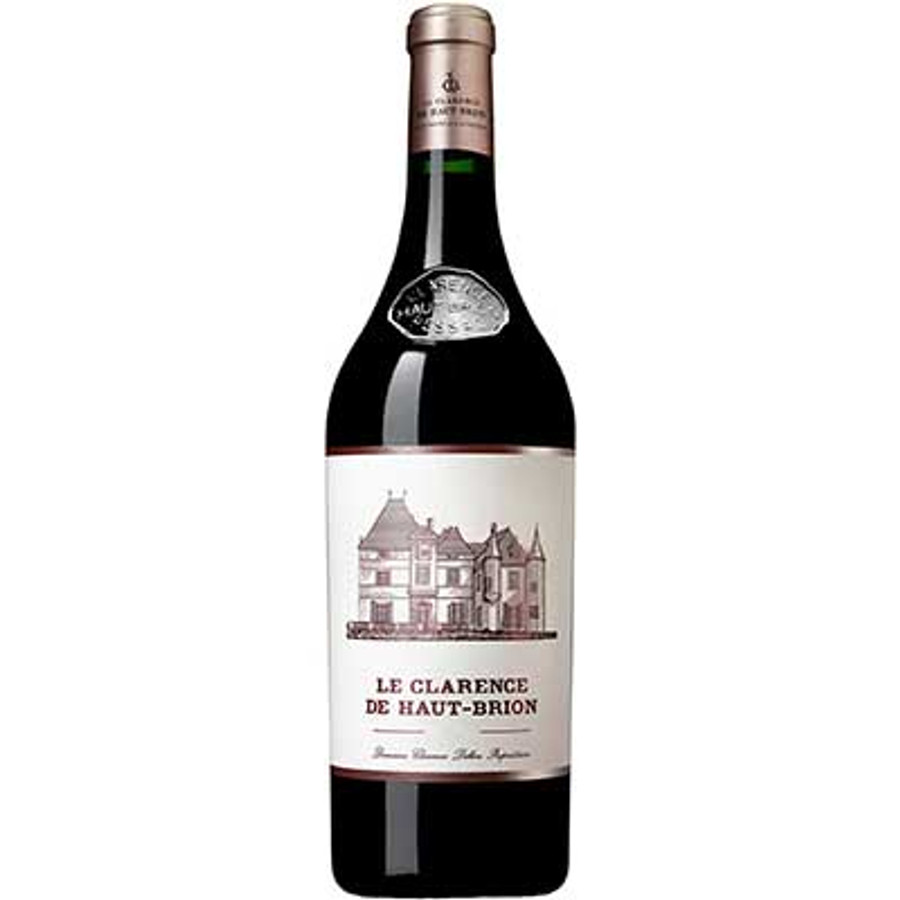 James Suckling: 95 Points “Love the sweet-tobacco and floral aromas to this with currant fruit as well. Full-bodied, solid and tight. Chewy tannins. A racy second wine of Haut-Brion with lots of tone and tension.”

Château Haut-Brion's second wine, previously called Bahans Haut-Brion, Le Clarence de Haut Brion in the 2014 vintage is a blend of 80% Merlot, 16% Cabernet Sauvignon, and 4% Cabernet Franc. A small fraction of the cost of the Château's Grand Cru, this is an exceptional value. Despite being located outside Bordeaux’s Médoc region, Château Haut-Brion was not only included in the election of that region's 58 top wines in The Médoc Classification of 1855, but was ranked at the very top, with only 3 peers. Since it was created for the historic 1982 vintage, Le Clarence de Haut Brion has been considered one of Bordeaux's greatest second wines.

History, from the Château: “After he purchased Château Haut-Brion in 1935, [American] Clarence Dillon restored it to its former glory and to the elite circle of the legendary wines in the world. This bold, courageous vision is now continued by the fourth generation of the family, represented by Prince Robert of Luxembourg, Chairman since 2008.

“Born in San Antonio in 1882, Clarence Dillon graduated from Harvard in 1905. In 1913, he joined William A. Read, founder of the brokerage firm William A. Read & Company of Wall Street. Three years later he became a partner, then in 1919, Managing Director of the company that would become Dillon, Read & Company in 1921. During his career in finance, Clarence Dillon never forgot France, always close to his heart.

“An esthete and Francophile, Clarence Dillon was interested in French gastronomy, and even took introductory courses at the famous Paris cooking school, Le Cordon Bleu. The Dillons rented an apartment in Paris from 1929, and a holiday home in Normandy every summer.”