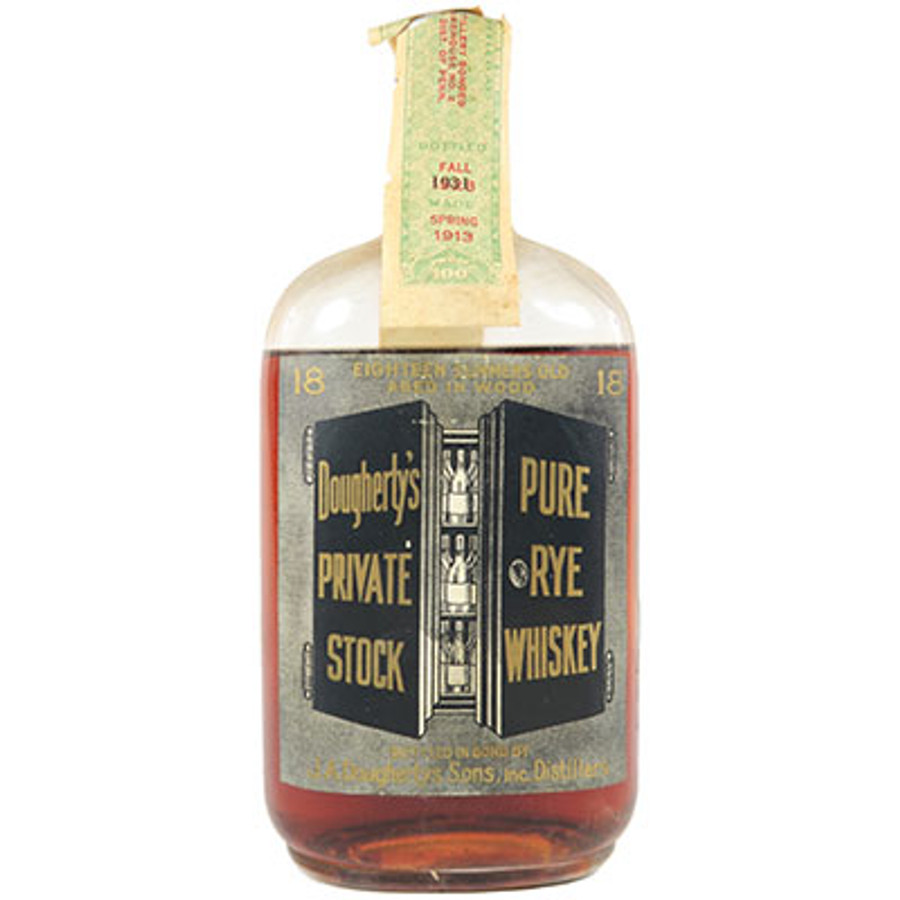 Distilled Spring 1913, Bottled Fall 1931. A bottle of Dougherty's Pure Rye Whiskey is in The Smithsonian.

The Smithsonian’s National Museum of American History: “Dougherty's Pure Rye Whiskey was manufactured by John A. Dougherty & Son of Philadelphia, Pennsylvania since 1849. In 1866 John A. Dougherty died and the company was renamed to J. A. Dougherty’s & Sons. The family company found great success, but divested their interest during the Prohibition years when the Dougherty Distillery & Warehouse Company, Inc. sold whiskey for medicinal use. The “for medicinal use” and Dougherty Distillery & Warehouse Company, Inc. labels date this bottle of whiskey to the Prohibition years between 1920 and 1933. The label on the back of the bottle reads "Rx Spiritus Frumenti," the official medicinal name for whiskey, and ‘For medicinal purposes only. Sale or use for other purposes will cause heavy penalties to be inflicted.’ “