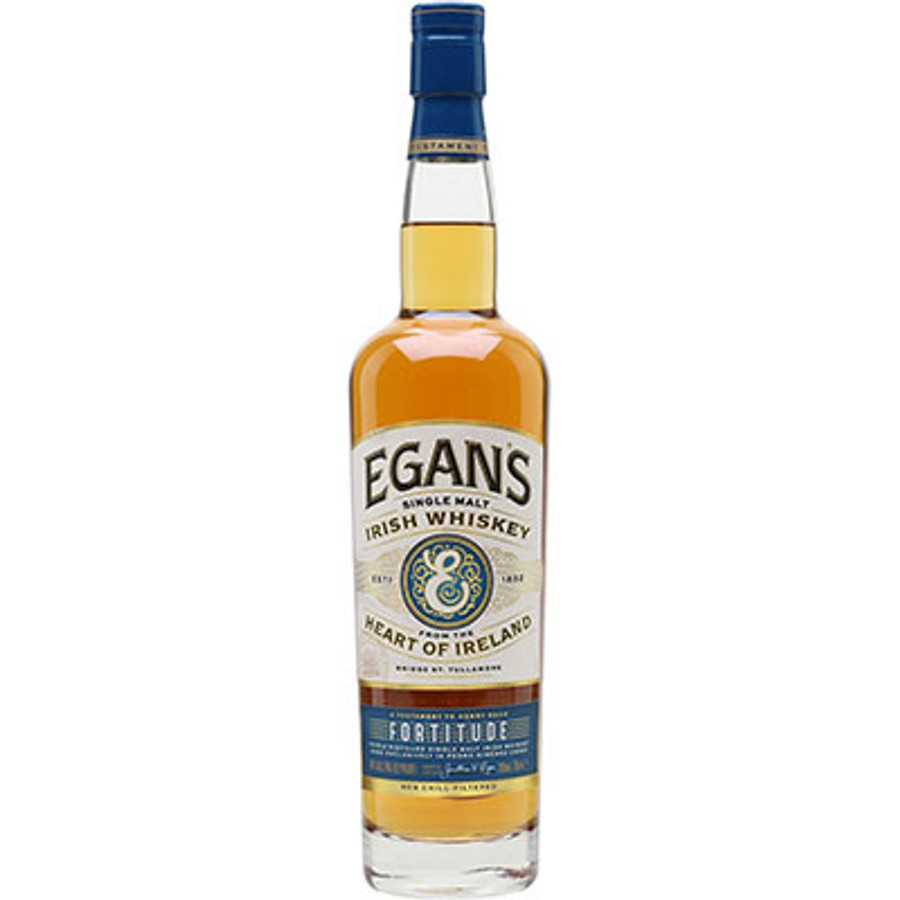 Distiller's Notes: Patrick Egan, a solicitor from Moate, descended from very old Westmeath stock. His forbearers fought at the famous Battle of the Boyne, in 1690, and again at Aughrim, in 1691. Two of three Egan sons were killed in battle and the third was withdrawn from his priestly studies to preserve the family name. This is the backdrop to a fascinating legacy that lives to this day.

Egan's Fortitude single malt has been matured exclusively in Pedro Ximénez casks to create a full-flavored whiskey with a strong influence of sherry. This whiskey has been specially crafted to celebrate the strength of character and resolve of our co-founder and passionate Irishman Henry J. Egan.

This Irish whiskey is non chill-filtered and bottled at 46% ABV to retain true character. Egan’s Fortitude can be enjoyed neat, on the rocks or in a craft cocktail.

Nose: Heavy sherry, honey, raisins, and a hint of marzipan

Finish: Satisfyingly long, the complex flavors linger on the palate.