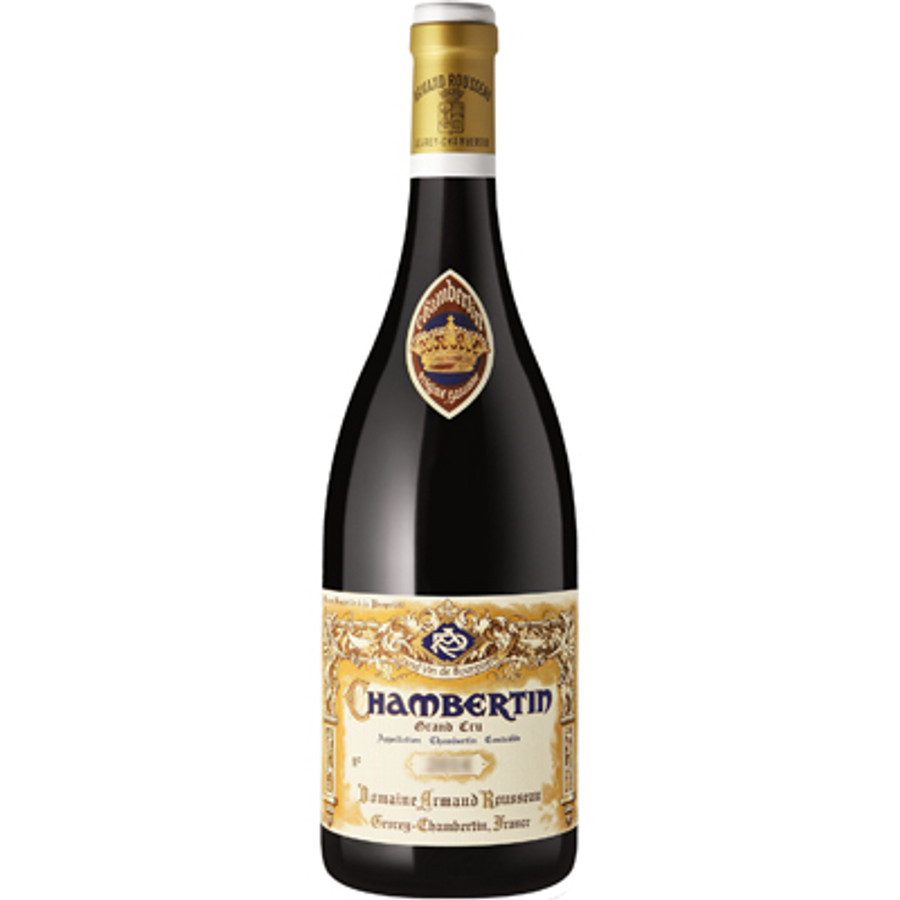 Domaine Armand Rousseau ranks with Burgundy legends Romanée-Conti, Leflaive, Jacques Prieur. Eric Rousseau is adamant that yields should be severely limited to promote faithful expression of the individual vineyard. The wines age in barrel for 18 months before bottling. Rousseau releases its wines exactly two years after the vintage.

Robert Parker Wine Advocate, 97/100: “This is what a grand cru should be. Utterly seductive and captivating, its satin texture might lure you into opening a bottle too soon. Give it a decade to admire Rousseau at full flight.”  97 pts.

Burghound, 97/100: An abundance of sauvage and earth nuances, remarkably refined for a young Chambertin yet there is clearly plenty of power lurking beneath the refined veneer.”

Long ago, a man named Bertin decided to cultivate the same vines in his field as those of the Bèze monks.

His wine was so exceptional that his vineyard came to be known solely in reference to him: Bertin's field, or, in French, 'Champ de Bertin', which over the years became 'Chambertin'.

The grapes for this Chambertin Grand Cru come from three vineyards in the east-facing Chambertin appellation, and from a fourth vineyard, 'Larrey', a north-south parcel at the edge of the woods. The layout of this vineyard is such that it can only be cultivated using a horse and plough.

The soil has a very high limestone content. At the top of the Clos it lies on Bathonien calcerous clay and halfway down on crinodial limestone and marl from the Bajocian age. The stones are spread out unevenly.

Chambertin is the wine of kings. Powerful, virile, concentrated with good structure. A wonderfully persistent mouthfeel with aromas of chocolate, liquorice and small red fruits

NOTE: LIMIT ONE PER CUSTOMER