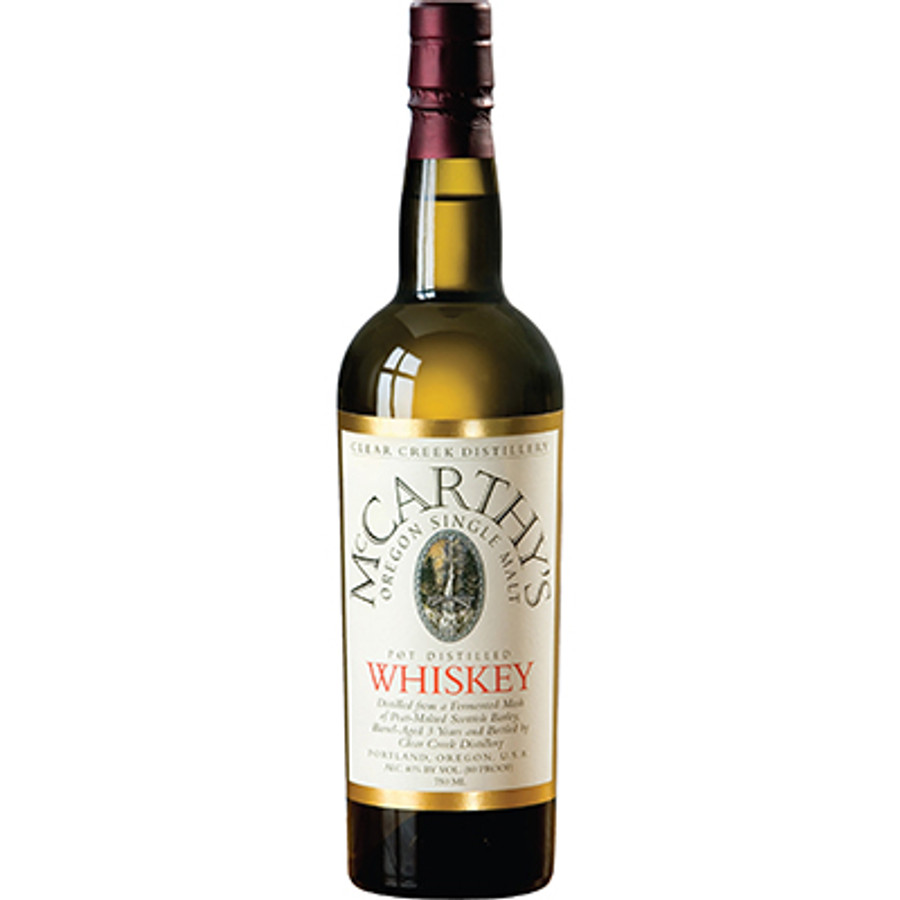 Producer's Notes:
"McCarthy’s Oregon Single Malt Whiskey is of the Islay tradition of Scotch whisky. Distilled in a Holstein pot still using one pass distillation, this premium, non-chill filtered product is then barrel-aged in air-dried Oregon oak barrels. The result is remarkably smooth for a 3-year-old whiskey."

In the Whiskey Bible’s review of the world’s whiskeys, McCarthy’s was recognized as the “Best Small Batch Whiskey” in 2004 and 2006.