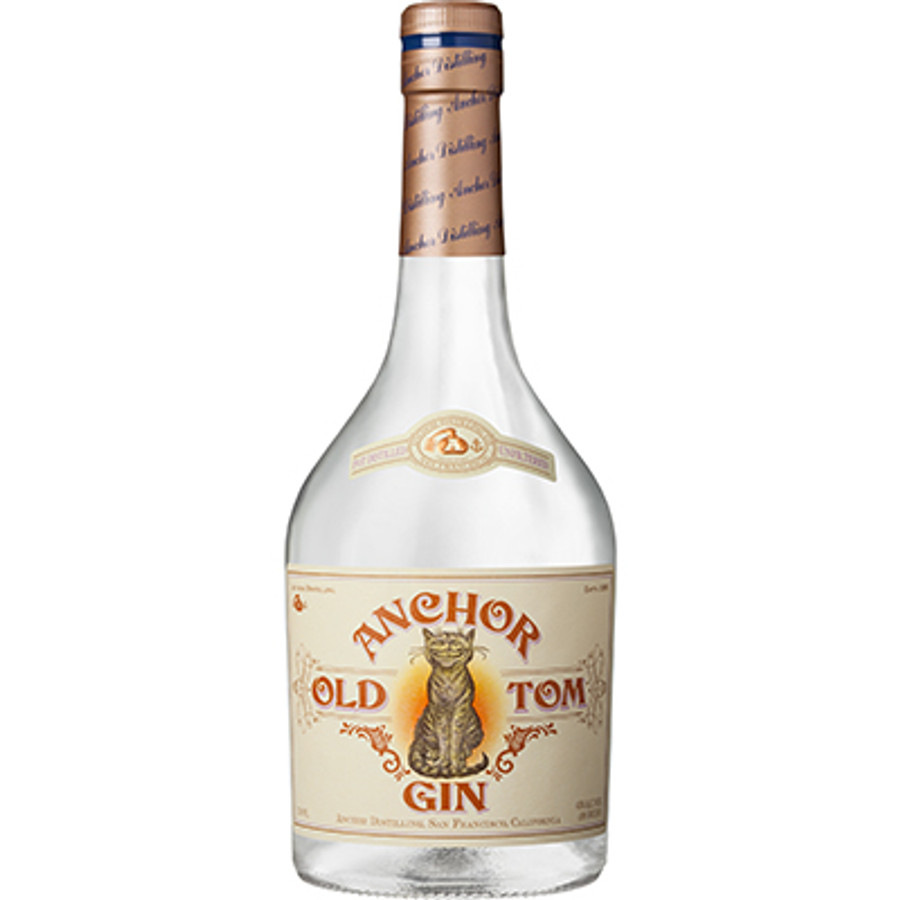 Producer's Notes: Anchor Distillery is proud to introduce a third style of gin from the distillery, Anchor Old Tom Gin. Anchor Old Tom, like its historical predecessors, is pot-distilled with juniper berries and other botanicals, sweeter than modern London dry gin, and bottled unfiltered. But unlike any other Old Tom, its sweetness comes from a blend of two traditional botanicals, star anise and licorice root, and one untraditional one: stevia. While known for centuries by natives of Paraguay, where we source our stevia, we believe that this is stevia's first use in gin, creating a sophisticated silky-sweet complexity that makes Anchor Old Tom perfect for mixing cocktails both old and new. In 1891, Bret Harte called San Francisco "a dusty drive with a cocktail at the end of it." If that cocktail had been a Tom Collins or a Martinez, it would have been made with Old Tom, a sweet pot-distilled gin enjoyed in San Francisco from the Gold Rush to Prohibition. Old Tom's namesake may have been Thomas Chamberlain, longtime partner with Benjamin George Hodges in Hodges's Distillery, Millbank, London. In 1823, they were credited for making "Old Tom, sir-the best Gin-by the Gods denominated blue-ruin, but by men below, Hodges's max." Our rakish tomcat is a salute to Capt. Dudley Bradstreet and the vending machine he created in 18th-century London for his illicit gin. "I...purchased...the Sign of a Cat, and had it nailed to a Street Window; I then caused a Leaden Pipe...to be placed under the Paw of the Cat; the End that was within had a Funnel." Customers put money in the cat's mouth and said, "'Puss, give me two Pennyworth of Gin.' I...put my Mouth to the Tube, and bid them receive it from the Pipe under her Paw, and then...poured it into the Funnel."