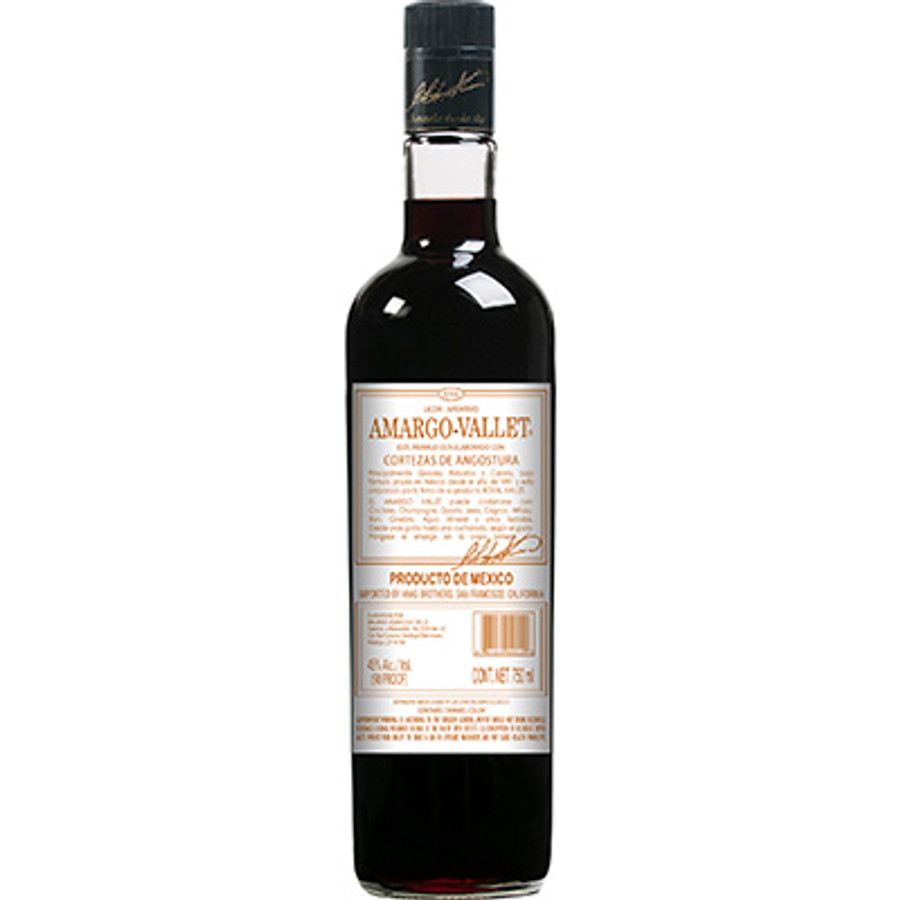 Henri Vallet begin crafting these classic bitters in the 1860s, when he emigrated to Mexico from France during the country’s brief French colonization period.

When the imperial emperor was eventually deposed, Henri Vallet remained in his adopted homeland and by the 1880s he had established local prominence as a skilled distiller of elixirs and liqueurs, including these two that are today still crafted according to his original recipe formulation.

Amargo-Vallet Angostura is a 90 Proof bitter liqueur made from Angostura bark and a maceration of cherry fruits, cloves and other roots and spices. Herbal notes of bittersweet dark chocolate and citrus rind balance an earthly richness to create this delightful elixir.